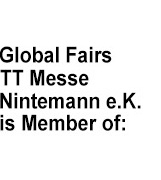 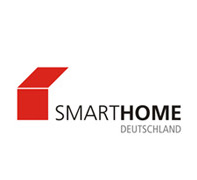 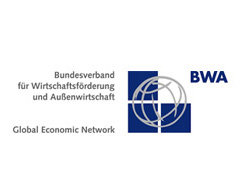 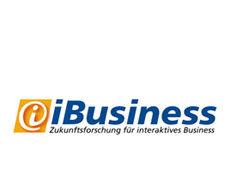 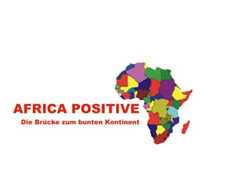 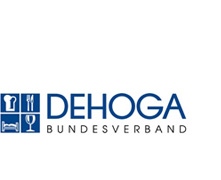 Channel expert for IT, CE and Telecommunications

Jan Nintemann, owner of the trade fair project agency Global Fairs TT-Messe, has been active in the fields of telecommunications, mobile, information technologies, consumer electronics (CE) and digital imaging for over 25 years now. He co-founded Nintemann Telecom, today NT plus the telecommunications brand of ALSO Deutschland GmbH (www.ntplus.de).
In 1991 he founded and developed the Teleprofi retailer cooperation which he directed as managing partner until the end of 1995. At the beginning of 1996, he left the group of companies because of a new business strategy and, following a year of consultancy activities, became involved in various businesses in the ITC and CE trades with the increasing convergence of IT, TC, CE and photo-technologies.
On the basis of his knowledge particularly in the channel marketing business and his broadly established contact network he developed projects from 1997 onwards in the form of theme parks with special emphasis on the leading world fairs CeBIT and IFA. This brought new suppliers to these fairs on the one hand and on the other hand, did justice to the B2B requirement of exhibitors and trade. The concepts profited from the additional element of channel campaigns (SuperReseller) in the highest circulation which exists in Germany, the world's no. 1 trade fair location.

Through successful collaboration with a number of German trade media and with other well-known publishers of magazines and channel marketing companies internationally, Jan Nintemann has been able to give international emphasis to his projects to a degree appropriate to the world's leading fairs CeBIT (ICT) and IFA (CE). With its media partner contact network, which has meanwhile become internationally structured and established, Global Fairs TT-Messe has access to all ICT decision makers in the private sector. In the middle of 2011, the DCI AG has become a new strategic partner.

For over a decade now, Jan Nintemann has been working very successfully with almost all leading reseller magazines in Germany from the fields of IT, TC, CE- and photography and is also a member of the BVDW, the largest online association in Europe (www.bvdw.org).

All projects, fair and channel pamphlet campaigns are full-service and cost-sharing concepts in terms of co-operative marketing.

Jan Nintemann supports projects for/in Africa together with his wife Helen Wambui Nintemann, who originates from Kenya.  With a view of the fast growing African mobile market and in support of liberalising opportunities for African telecom monopolies, Global Fairs TT-Messe initiated the first African ICT conference with exhibition conceived on an all-continent basis in 2005 in Nairobi/Kenya.
This has been and will still be continued as the follow-on event  ICT Africa by NEPAD Council in 2006 and 2007. In 2008 he took part in the event of the Europe Africa Business Summit (EABS, Hamburg) and organised the accompanying trade fair (both projects were organised under difficult political conditions). In 2010, a first platform for original African instruments and music was developed and organised at the Musikmesse in Frankfurt.

In addition to the established, indeed institutionalised, annual exhibition theme parks at the IFA in Berlin (Reseller Park) and CeBIT (IPT+ICP@CeBIT) and the  SuperReseller-Channel Campaign conducted twice annually, and which achieves the highest circulation in Germany, in 2007 two further fair projects were set up: the organisation of the strategically important Online Marketing Plaza theme park at the leading fair for advertising and marketing, Marketingservices which takes place once a year in Frankfurt; as well as the organisation of the exhibition to be held parallel to the Europe Africa Business Summit   (November 2007) in the CCH in Hamburg.

Picture galleries of our fair projects